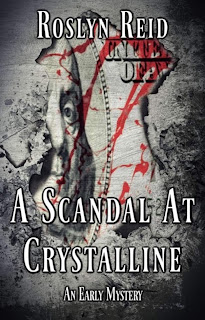 Chandler Hammond’s wife says he and his hot Iraqi girlfriend skipped out of their Maine town of Finderne with his company’s millions. But his sister thinks his wife murdered him and hires detective James Early and his teenage son Tikki to find the truth. A Scandal at Crystalline follows them through an intriguing maze of unexpected encounters: financial shenanigans, two beautiful women who were sleeping with each other (and with Chandler Hammond), a police psychic, and a runaway kid in a remote mountain cabin. But things turn dark when their investigation forces them to consider the unimaginable—the sinister side of raku pottery. 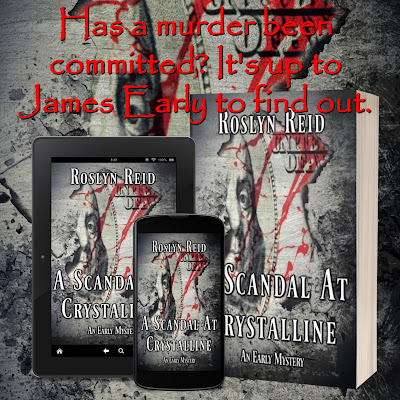 Roslyn lives with her corgi, Great Pyrenees, and husband in
Downeast Maine, where she gardens, lifts weights, hikes, and renovates houses.