The year is 2124 and something has gone terribly wrong with The Madeline Project. Designed to control weather, the computer program is now functioning on its own, thanks to a virus called Tommy Twister. Earth’s surface is bombarded with unpredictable, spontaneous severe storms. If you’re not underground, you have little chance of survival.

Several teams of storm chasers from all over the planet risk their lives trying to collect data during the storms, in the hopes it will help researchers shut down the program. Meanwhile, a group of men work behind the scenes controlling all of Earth’s communications systems. They have the power and the money to keep the Storm Troopers supplied with equipment and the latest technology, and they will stop at nothing to find the hackers responsible for sending The Madeline Project rogue.Ruthless, greedy, and powerful, these men were at the top of the communications industry when The Madeline Project turned into a nightmare, and they still run their empires. Living underground hasn’t changed anything for them. It’s only increased their supremacy and reputation. They call themselves The Weathermen…

SURRENDERING TO CHANCE – The Weathermen 8 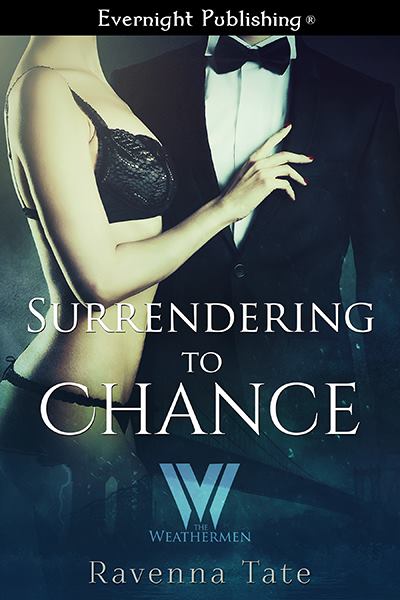 Valerie Garfield has loved her boss, Grayson Jensen, CEO of Jensen Software and Web Development, for two years. They had a fling that lasted six months and ended when Valerie told Grayson she loved him, but he didn’t want the same things from their relationship that she did. Now, he wants another chance to prove he’s a changed man and only wants Valerie.

As they work side by side toward uncovering the names of more hackers, can Valerie fight her feelings, or will she end up with a broken heart once again?

Grayson is part of a group of friends financing the efforts to put a stop to The Madeline Project. The program now has a mind of its own, thanks to a virus called Tommy Twister. These men have power, resources, and money, but they’re as ruthless and possessive as the storms ravaging Earth.

They call themselves the Weathermen…

The look in his eyes nearly took her breath away. A combination of lust and uncertainty filled them, and all she wanted to do was fall into his warm, strong arms and let the memories of their six months together become part of her reality once more. He was so familiar, but everything had now changed between them.

“I’m not assuming anything tonight. I only wanted to tell you that I had an amazing time, and you look … you look so damn beautiful, Valerie. Thank you for this. All of this. I won’t make you regret giving me another chance.”

“Thank you for trusting me with the company secrets.” She was too overwhelmed to say anything else.

“I don’t want to talk about work.”

She could feel the heat coming off his body in waves. His expression turned almost desperate, and she hated that. She didn’t want to torture the poor guy, especially since it was obvious they both wanted the same thing.

“Never mind,” she said, stepping closer. “Talking is overrated.” Valerie kissed him, tentatively at first, but she needn’t have worried whether she’d read him wrong. He captured her mouth in a kiss so damn hot she was surprised the carpet under their feet didn’t catch fire.

He moved his hands from her shoulders to her face, cupping it so tightly it almost hurt. She moaned into his open mouth, letting it all happen. The sensations racing through her were both familiar and fresh, probably because she hadn’t had sex in forever. It didn’t matter why. All she knew was that it felt so damn right, and she didn’t want to be anywhere else.

Grayson released her mouth and moved to her neck, planting soft kisses up and down it. “Valerie … oh my God, it feels so fucking good to kiss you again.”

“I can hardly breathe right now.”

He gazed into her eyes. “In a good way, right? I mean, you’re okay with this.”

“Yes, Grayson. Absolutely.” Before she lost her nerve, Valerie dropped her bag on the floor and reached around to unzip her dress. He stepped back, a drop-dead sexy grin on his face as she let the garment fall to the floor. She stepped out of it, and then removed her sandals and stood in front of him clad only in a lacy half bra and panties that matched the dress.

His voice was gruff and commanding, and it sent shivers up and down her spine. She unhooked the bra and let it fall, then slid off the panties. She’d been naked in front of him before so that was nothing new, but she swore she couldn’t remember him gazing at her like this. As if she was a precious gem he’d just dug out of the rock himself, and no one had ever seen anything like it.

She had to blink back tears while his gaze traveled slowly over her body. He didn’t touch her, which was even more arousing. When he finally did reach for her, gently, as if she might break if he wasn’t careful, she moaned loudly and threw herself into his arms.

Valerie had always enjoyed making love to Grayson. He was skilled and he knew it. She’d always found that confidence very sexy. This felt different on his part. Or maybe she’d just been away from it too long?

He kissed her again, shoving his tongue into her mouth while his hands ran down her back, then over her ass, and finally came up to cup her breasts. He rolled her nipples between his thumbs and forefingers the way she loved, then grasped her ass again and smacked each cheek, hard.

She pulled away from the kiss, her clit throbbing now. “Oh God. You know how much I always loved it when you spanked me.”

“Too bad I didn’t bring my favorite flogger along on the trip.”

She giggled, her arousal rising to crazy heights. “We’ll have to improvise.”

“Maybe later.” He pulled her close again. “Right now if I don’t get inside you, I’m going to fucking explode.”

Ravenna Tate is my third pen name. I’m also published as Carolyn Rosewood with Evernight Publishing and Siren-BookStrand, and as Tara Rose with Siren-BookStrand. I’ve been writing since I was eight years old, and always knew one day I would be a writer. I read my first romance at age nineteen – Sweet, Savage Love by Rosemary Rogers – and I was hooked. I’ve been writing romance since that time, and was first published in 2011. As of this date, I have 73 books published or under contract between the three pen names. 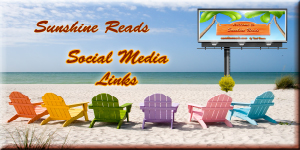