Can you believe how excited I was when Sierra Cartwright agreed to be my spotlight author?
FANGIRLING!!!!!

Meet the Doms of the Donovan Dynasty…

The Donovans are the most fun I’ve ever had writing. 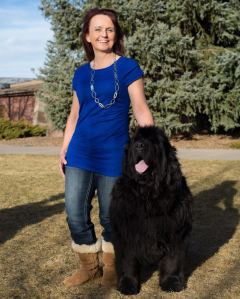 A little over two years ago, I took a retreat to Galveston, Texas. And I fell in love with
the area, so completely that I came back two months later for a one-month stay. I ended up renting a house and eventually moving away from Denver to the wild Gulf coast. When I look back on the experience, I still can’t believe I did it!

The idea for the Donovan Dynasty began to form when I toured Moody Mansion. They show a video before you begin the tour of the house. And I was completely fascinated by their story.

I bought the book about the house, and I took the tour three separate times so I could experience it through the eyes of the various docents.

I wondered what it might have been like to grow up as an heir to a family fortune. Surely there’d be a lot of obligation and responsibility. There’d be wealth and power, and there’d be various reactions to it.

From there, ideas began to form, and I actually created a family tree that I have in my office. It goes back several generations, to the late 1800s. And like all family trees, there are some interesting branches!

As an interesting twist, I decided that the family’s father had had an affair with the woman of his dreams, even though he was expected to marry well. He had a bastard child, who is technically the oldest, Cade. He’s a hot, sexy cowboy. But he grew up on the family’s ranch, hours from Houston where the family business is located. As a result, Cade is a bit of an outsider.

Then there are two other brothers, Connor and Nathan. Connor’s technically the second son, but he’s the oldest legitimate son, setting up an interesting dynamic. The youngest brother, Nathan, seems very often to be the voice of reason.

I ended up exploring rope play a bit, and, well, wow. I’m pretty sure you can expect to see much more of it in subsequent books. Even though I’ve featured it in other stories, actually feeling the hemp on my skin and the inflexibility of the movements has made me a bit of an addict. And, oh, the way the Dom is paying attention to you as he’s checking the fit, tying the knots…

The Donovan series will conclude with Nathan’s story, a fun and fantastic boss story, one of my very favorite plotlines. Have you ever had a crush on the boss?

I hope you enjoy this glimpse of the delicious, hot, determined Cade Donovan…

“You said you had at least five reasons we shouldn’t dance together. We got rid of 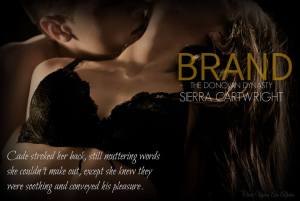 number one. What’s next?”

He knew he was making her a little uncomfortable, probably because she wanted to be in his arms as much as he wanted to have her there.

Her cheeks now held streaks of embarrassment. “I think what I’m trying to say—badly—is that I don’t sleep around.”

“You know, I think I’ve made some assumptions.”

Vaguely he was aware of other people around them. There was an air of intimacy, though, about the way he was standing near Sofia. People stayed away from them, and it was as if it were only the two of them outside. “Since you’re clearly at a loss for words, shall I tell you about my type? Then we can take it from there?”

“I’ve done a really bad job of this.”

“My type is a woman who is honest, who knows what she wants and isn’t afraid to go after it. My type is someone who is comfortable with who she is, not trying to impress anyone. She’s tall. Or not. She’s curvy. Or not. Perhaps you meant to say I’m not your type.”

“That would be rude.”

“Yeah.” He did know. A thread of sexual attraction wove between them. He was a warm-blooded man, and she was a lovely, brave woman. “What are the other three reasons?”

“I’m not really dressed for it.”

He felt a smile tugging at his mouth. And she was biting her lower lip. “You’ve given me a lot of excuses, yet you haven’t said you don’t want to,” he pointed out.

The song ended and another took its place, this one a bit more uptempo.

She continued to look at him. Another few seconds ticked away. How long had it been since he’d asked a woman to dance then waited with this kind of anticipation? College? Maybe he had once or twice in the couple of years after, before everything changed.

“I think I’m more concerned because I do want to,” she admitted softly.

Her admission slammed his libido into overdrive. “A two-step,” he offered, to put her mind at ease and to put some boundaries up for himself. “I’ll be a gentleman.”

From her reaction, he couldn’t tell whether she liked that idea or had hoped he’d misbehave a little

In The Den (Book of the Year from LASR Book Reviews)

Thank you Sierra! You ROCK!!!

Make sure you all follow her on Social Media

Here’s my review for Brand!