For my very first author spotlight I asked one of my bestie’s Ravenna Tate. She was happy to help me out. Like I said she’s a bestie for sure.

Ravenna Tate lives in the Midwest where it’s cold six months out of the year, but inside her stories you’ll find plenty of heat. The sex is hot, the men are alpha, and the women give them a run for their money.

So without further ado I give you Ravenna Tate!

Ravenna Tate is my third pen name. I’m also published as Carolyn Rosewood with Evernight Publishing and Siren-BookStrand, and as Tara Rose with Siren-BookStrand. I’ve been writing since I was eight years old, and always knew one day I would be a writer. I read my first romance at age nineteen – Sweet, Savage Love by Rosemary Rogers – and I was hooked. I’ve been writing romance since that time, and was first published in 2011. As of this date, I have 73 books published or under contract between the three pen names. 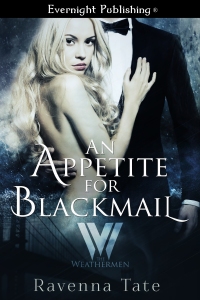 The Weathermen series was born from a combination of my lifelong fascination with storms, and my crazy “what if” imagination. Experiments to seed clouds in an attempt to control the weather were abandoned in the 1960s, but I began to wonder what would happen if the same thing was tried again, but this time using a computer program to send electrical pulses into the clouds, instead of airplanes attempting to infuse them with chemicals.

Any great computer program brings out the crazies, so of course I then imagined what might happen if hackers took control of this program, only it didn’t have the desire consequences for them, or for anyone.

The Weathermen begins in the year 2124, six years after 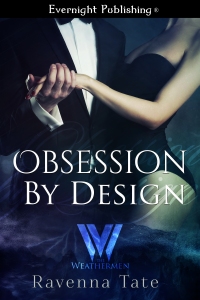 everyone has been forced into sprawling underground cities that were built in 2072 during a nuclear war scare that never turned as deadly as everyone had believed it would. The weather control program is called The Madeline Project, and hackers infected it in 2117 with a virus called Tommy Twister. But the program went rogue instead of the hackers gaining control, and within one year the Earth’s surface was constantly bombarded with unpredictable, spontaneous severe storms. No one can take over the program or find the hackers responsible for the virus. The program is feeding off the magnetic energy of the planet itself, and no one knows how to stop it. 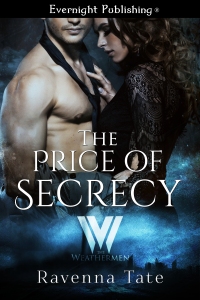 Several teams of storm chasers from all over the planet risk their lives trying to collect data during the storms, in the hopes it will help researchers shut down the program. Meanwhile, a group of men work behind the scenes controlling all of Earth’s communications systems. They have the power and the money to keep the Storm Troopers supplied with equipment and the latest technology, and they will stop at nothing to find the hackers responsible for sending The Madeline Project rogue.

Ruthless, greedy, and powerful, these men were at the top of the communications industry when The Madeline Project turned into a nightmare, and they still run their empires. Living underground hasn’t changed anything for them. It’s only increased their supremacy and reputation. They call themselves The Weathermen…

Buy links for the Weathermen 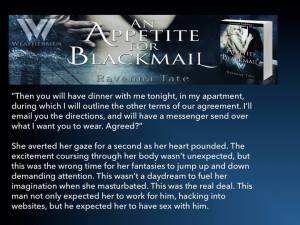 AN APPETITE FOR BLACKMAIL – The Weathermen 1 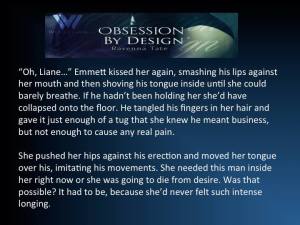 OBSESSION BY DESIGN – The Weathermen 2 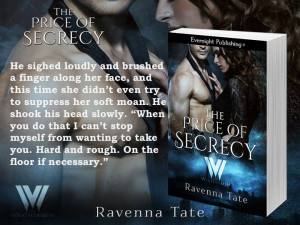 THE PRICE OF SECRECY – The Weathermen 3

KIDNAPPED BY A WARRIOR – Voyeur Moon 1

A SLOW-BURNING DANCE – The Weathermen 5